Record numbers of patients are having to wait longer for emergency services as the NHS goes into a deep crisis. There are reports that even in Accident & Emergency there can be waiting times of up to an hour to receive treatment. There are also claims the doctors and nurses are having to 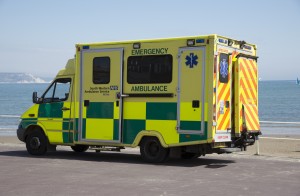 treat patients inside waiting ambulances due to lack of beds. In one incident reported in the Metro Newspaper a woman of 81 had to wait 11 hours for an ambulance after suffering a fall. Its understood the she was left to queue outside A&E department.

Waiting times in England at A&Es have risen to the worst levels in a decade only 92% of patients were seen with four hours in the past few months which is the lowest figure since records started in 2004. 5.6 million patients turned up in three months and staff are treating 20,000 more people that a year ago.  However, the UK Health Secretary, Jeremy Hunt described the situation as still better than an other country in world that measure performance.