Dawah in the Park Training Weekend 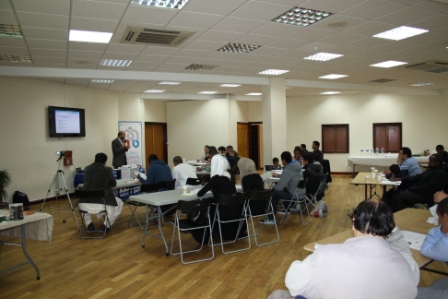 Dawah in the Park Event hailed a real success!

The Muslim Association of Britain held its Dawah Training Weekend on 1-2/June / 2013 in London.

Day One was held at the Finsbury Park Mosque, in North London, in the main conference room. There were 45 attendees of both genders and ranging from 16 years upto early sixties; an excellent variety.

Dr Galal Farag, Held of MAB Dawah delivered the training on the first day to include the following topics:

Day Two involved going to Hyde Park; and to engage with people there giving them an idea of what Islam is; and inviting others to 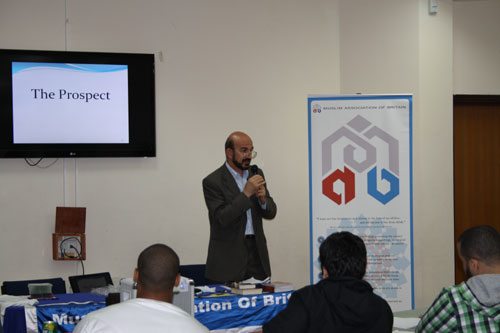 understand more about Islam and the messages that it preaches.

Many of the attendees on Day One came to Hyde Park (Speaker’s Corner) to put into practice what they learnt on Day One. MAB arranged a stall with some literature. And in addition, those who wanted, donned the MAB T-Shirt: “Islam…Read it or Hear it.”

Accompanied with nice sunny weather, the day turned out to be a great opportunity to engage with others of all faiths. It left most, if not all the attendees enthusiastic to do more and carry on the effort of “Taking Islam to the People.”

Too see all the pictures, please click here: MAB Dawah in the Park Pictures. 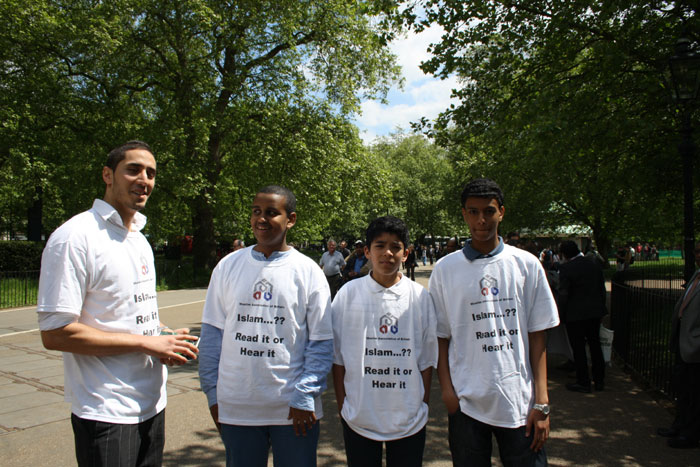