PROTEST: JERUSALEM AND MASJID AL-AQSA NOT TRUMP’S TO GIVEAWAY! 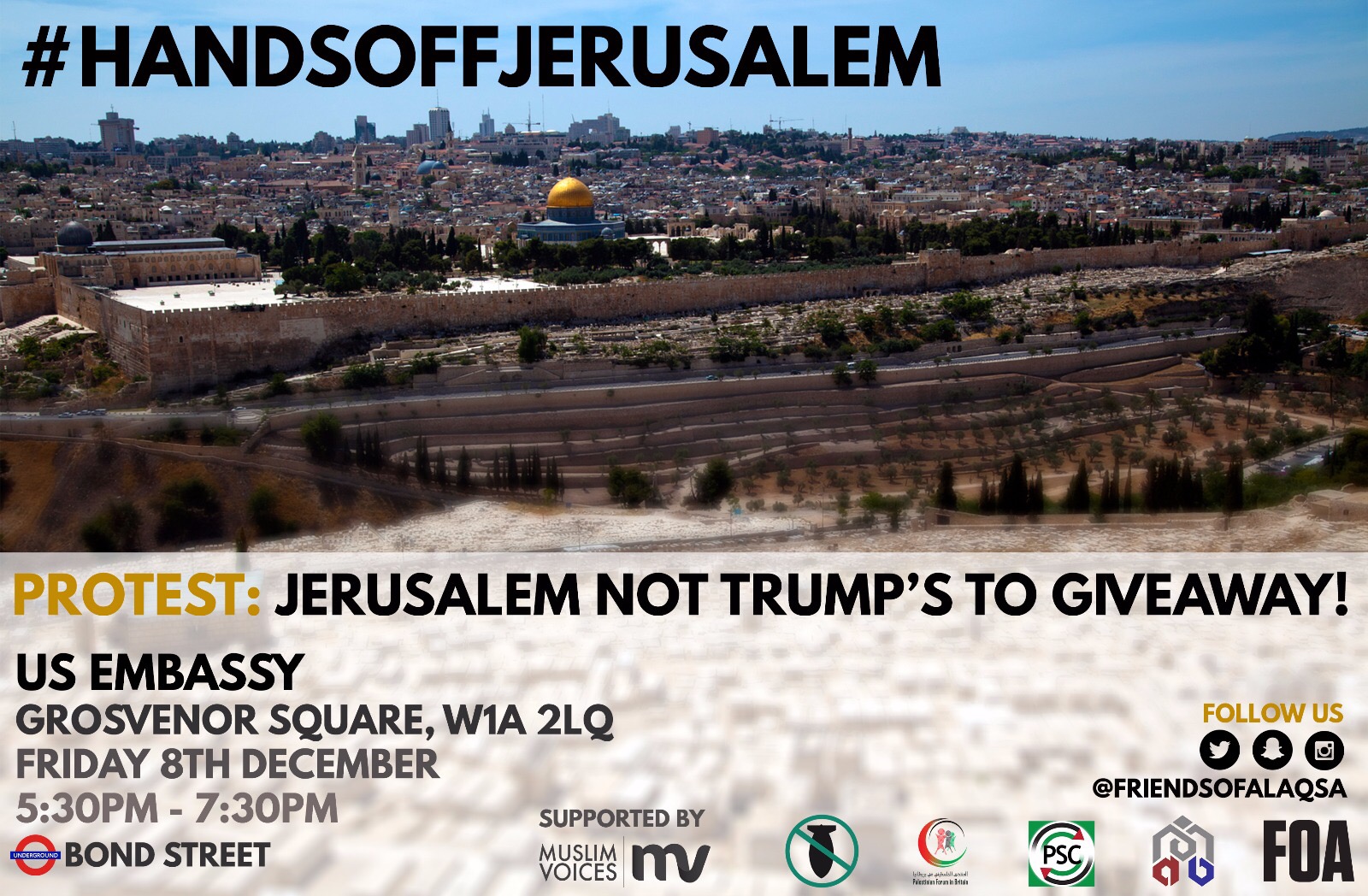 On Wednesday Donald Trump declared Jerusalem as Israel’s capital city. A consequence of this will be the American embassy being relocated from Tel Aviv to the Holy City. This is the first time a president of the United States has gone against precedence of American foreign policy on the Palestinian-Israeli issue.
According to the United Nations, Jerusalem, one of the most oldest and fought over cities in the world, has international status; no peoples has full legal authority over it. This has been respected until now.
Trump has claimed the move is part of the Middle East peace process; a series of failed talks facilitated by the United States that have left the Palestinians disappointed.
Recognising Jerusalem as Israel’s capital will be disastrous to any mediation talks between the Palestinians and Israelis. Not only does Trump’s decision legitimise the illegal Israeli occupation of Palestinian land and disregards Israel’s violations of international law, but it also endangers the Palestinian’s right to self determination.
Nickolay Mladenov, United Nations Special Coordinator for the Middle East Peace Process, had argued in the past that Jerusalem should be negotiated between both the Israelis and Palestinians. However, Trump’s decision, which is based solely on Israel’s national interests, implies that the Palestinians are not allowed to decide or have a say on their own affairs, and that they have no other choice than to watch the further disintegration of their land and their fundamental human rights.