Solidarity with the Rohingya 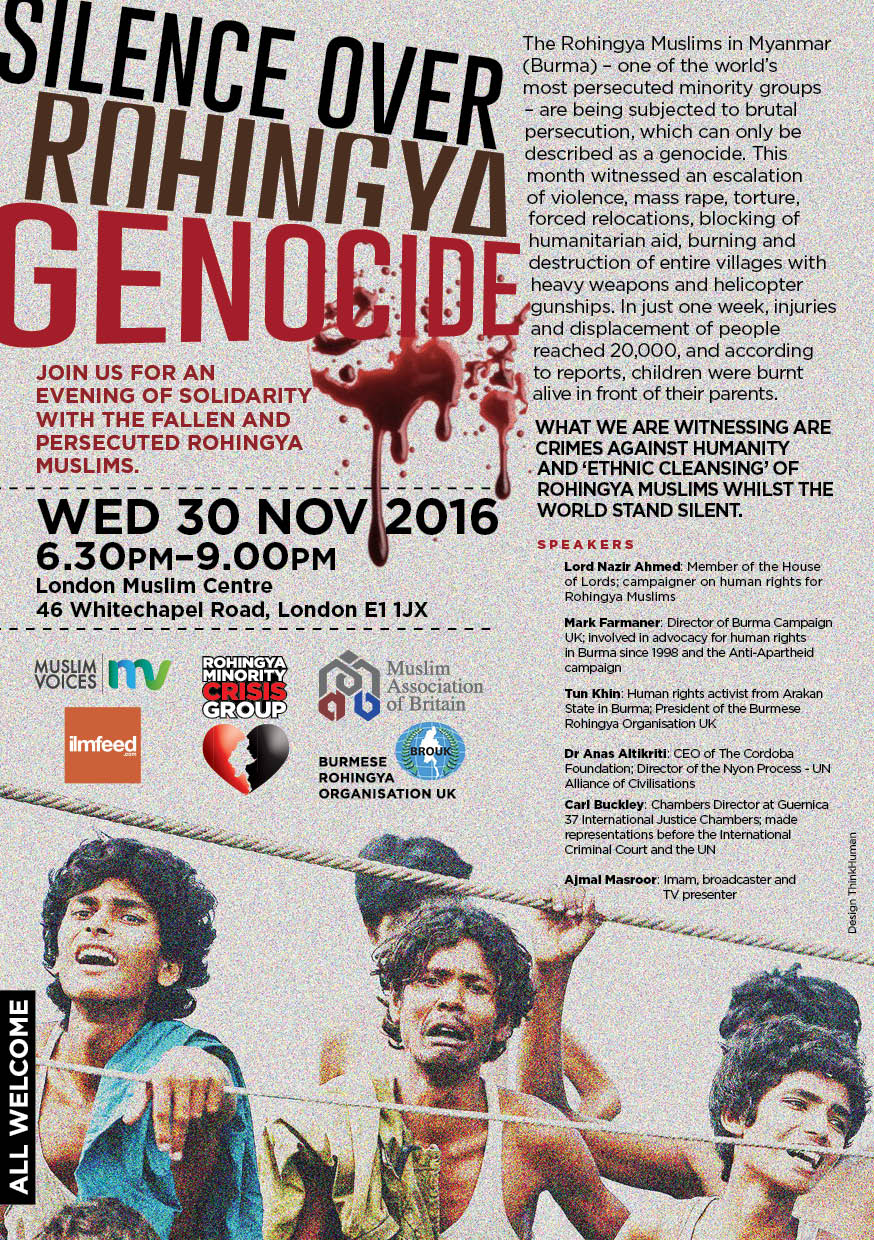 The Rohingya Muslims in Myanmar (Burma) – one of the world’s most persecuted minority groups – are being subjected to brutal persecution, which can only be described as a genocide. This month witnessed an escalation of violence, mass rape, torture, forced relocations, blocking of humanitarian aid, burning and destruction of entire villages with heavy weapons and helicopter gunships. In just one week, injuries and displacement of people reached 20,000, and according to reports, children were burnt alive in front of their parents.

What we are witnessing are crimes against humanity and ‘ethnic cleansing of Rohingya Muslims whilst the world stands silent.

Join us for an evening of solidarity with the fallen and persecuted Rohingya Muslims.

Lord Nazir Ahmed – Member of the House of Lords; campaigner on human rights for Rohingya Muslims.

Mark Farmaner – Director of Burma Campaign UK; involved in advocacy for human rights in Burma since 1998 and the Anti-Apartheid campaign.