Islamic Communities and the Work to Safeguard Children 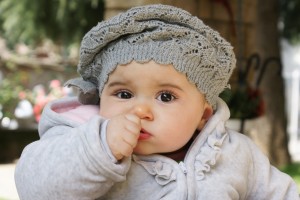 A new multi-faith website designed to give information about protection of children has been launched by the Safe Network.

The site includes videos discussing what Islam and other faiths have to say about the value of children. There are films of personal statements and testimony of how the Islamic faith and other communities value and protect children. It also includes text referring to the treatment of children in which real and effective safeguarding has taken place in the Islamic Community.

As an example of the good practice within the Islamic community, there is reference to the safeguarding work done in the madrasa project, which was set up in 2007 by Leicestershire and Rutland Local Safeguarding Children board and Muslim organisations in Leicester to create safe working practices in Muslim supplementary schools in the area.

The project identified 65 supplementary schools with over 10,000 children attending. Safeguarding addresses the need for better standards especially in relation to discipline and behaviour management.

In Islam, the importance of caring for children is expressed in the verses of the Quran in which Allah refers to the orphans. Of course, the Prophet of Islam (upon whom be peace) shared an affinity with the plight of venerable children as he lost both his parents by the age of six. His orphaned childhood is the subject of some of the earliest verses of the Qur’an:

This affinity between the orphan and the Prophet (upon whom be peace) is expressed with great clarity in traditions of the Prophet (hadith) and there is a promise of Paradise for anyone who looks after a vulnerable child:

“I, and the one who looks after an orphan, will be together like this in the next world”; then he raised his index and middle fingers together.”

The important lesson Muslims learn from this well-known hadith is that caring and safeguarding children is an emulation of the Prophet himself who was not only an orphan but advised the ummah to take care of the orphans.

MAB has offered a lot to the British society and continues to do so with endless potential. MAB targets both young and old of the society and enjoins with many press releases (The call for the British government to end the killing in Gaza), events, youth scout camps, protests (Gaza 07/14, Syria & more), conferences (hate – crime conference 04/13 +), quizzes and educates its people about related articles (e.g the stabbing of the Muslim woman in the UK). MAB progressively delivers outstanding opportunities and will continue to expand and educate Muslims in the UK in order to be of the best character which allows us to interact and set a good light of Muslims to the British society insha’Allah.