This Saturday 17th March, thousands of people will march through the streets of London, Cardiff, Glasgow and many other European cities united against racism, Islamophobia and anti-Semitism.

This could not come at a more important time. The outrageous “punish a Muslim day” letter recently sent to homes across the country as well as a number of Muslim MPs, car-rammings in London and Leicester, and the terrorist attack on Finsbury Park area are examples of a wave of anti-Muslim hate crime which has doubled over the last year.

We encourage as many people as possible to attend the demonstration, and encourage others to do so by sharing the attached graphic.

We also require stewards to help the event run smoothly – Please attend the stewards briefing at Thursday 15 March 6pm at TUC Congress House, or at 10am on the morning of the demonstration at BBC Portland Place. 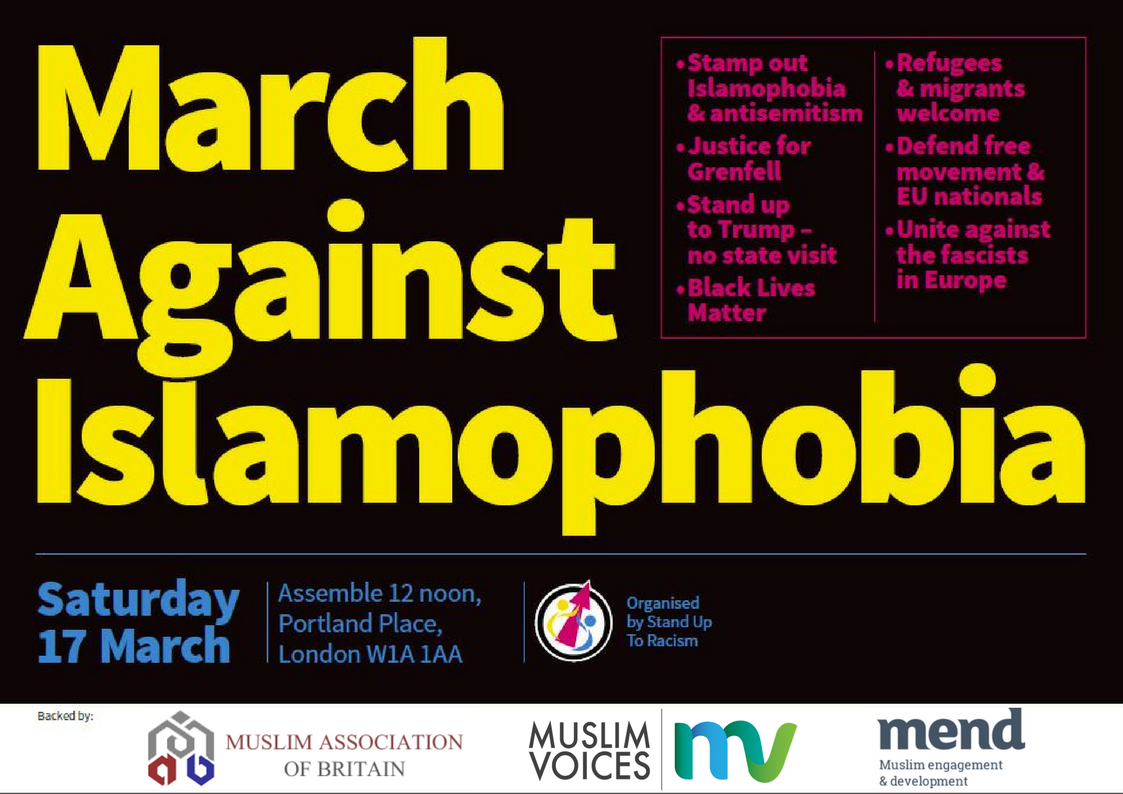