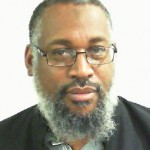 Directors at the charitable company, Europe Trust, are seeking legal advice after the Times newspaper issued a defamatory article claiming that the Trust is using its properties in Leeds to directly fund the Muslim Brotherhood and spread ambitions of global domination.

The story claims that students renting flats owned by Europe Trust were ‘unwittingly’ contributing to the stated aims of the Charity – ‘to spread the Islamic religion around Europe.’ The reporter, an award winning investigative journalist, Andrew Norfolk alleged that two of the recipients given funds by Europe Trust – the Muslim Association of Britain and European Institute of Human Sciences were fronts for the Muslim Brotherhood.

Misquoting the Head of Europe Trust, Norfolk implied Mr. Ahmed Al-Rawi, 67, stated intention was to support the imposition of global domination of Islam. Norfolk appeared uninterested in the denials and corrections made by Europe Trust to a series of questions received indirectly at the organisation’s headquarters in Leicestershire.

A document headed up ‘Facts and Statements’ carried a number of comments and made a series of allegations, the majority of which were responded to by the Trust’s CEO either with the words ‘I am not in a position to comment on the interest of others” or “No that statement is incorrect.” Rather than contacting the organisation, Norfolk chose to issue his request for information via a trustee and issued a 48–hour deadline for the submission of information.

Mr. Al-Rawi says, “we had no idea that they wanted an interview until one of our associates who had also been sent a similar document contacted us.” The document was not addressed directly to the Trust but Norfolk chose to send it to a trustee member at a completely different location.

The document and indeed Norfolk’s published article attempted repeatedly to assert that the Europe Trust organisation was the ‘funding mechanism’ of Federation of Islamic Organisations in Europe which Norfolk claims is widely regarded as the ‘Muslim Brotherhood’s unofficial representative across the continent.’

Those accusations were firmly denied by Europe Trust’s Director. Mr. Norfolk declined to comment when asked what evidence he had to support that statement or whether he in fact had any proof that payments were ever made from the Trust to support the work of the Federation. In reply to Norfolk’s statement Mr. Al-Rawi stated, “Europe Trust has never made any donations to either FIOE or the Muslim Brotherhood.”

Europe Trust, revealed that the danger of the article was not simply that it concocted ‘a web of guilt by association’ without providing any concrete evidence, but the article had already been translated into Arabic and circulated in the Arab world and could well tarnish the Trust’s reputation in the eyes of the Trust’s various donors, “You know how it is – an article published by the Times has creditability – even though, in our view, this is a completely spurious piece of journalism.”

Mr. Norfolk refused to offer any concrete evidence of his claim that the Trust were involved in funding projects of ‘global domination’ or confirm that he used statements from different sources out of context to attribute to the Executive Director. His assertion that Al-Rawi had associated himself with the notion that “the nature of Islam to impose its law on all nations and to extend its power to the entire planet,” was misleading. Al-Rawi had never voiced those words or held those views. Norfolk took statements from the website and from the annual report to imply that the objectives of the Trust were being concealed.

Al-Rawi explained that such views do not relate to the work of the Europe Trust and has never been the stated aims of the Charity. Furthermore, Norfolk highlighted two recipients of Europe Trust funds out of the twenty or so major projects that the Trust has funded. He claimed they were both Muslim Brotherhood affiliated organisations – the Muslim Association of Britain (MAB) and the European Institute of Human Sciences (EIHS).

His evidence that the Muslim Association of Britain was a Muslim Brotherhood front was based on the statement of an unnamed government minister five years ago. In fact, Liverpool Riverside MP Louise Ellman first made the unsubstantiated accusation in 2003. She also alleged in a BBC Newsnight interview that Palestinian children were being used as human shields in Gaza. Her outburst caused uproar and resulted in her being publically discredited and rebuked by the BBC. Erstwhile presenter Jeremy Paxman was also criticized for allowing her allegations to go unchallenged.

The President of the Muslim Association reacted sharply to Norfolk’s article. Dr. Omer El Hamdoon said, “There seem to be the underlying assertion in Norfolk’s article that our organisation is being deceitful when we categorically state that we are a British non-profit organisation representing the interest of Muslims in the UK and we do not support, emulate or endorse the motto and slogans of the Muslim Brotherhood. Our motto is ‘Building Society…Creating Hope’ and that’s exactly what we have been engaged in doing!”

He went on, “Somehow MAB, EIHS, FIOE are guilty by association, the irony is that Norfolk is talking about an organisation which is not listed by any democratic Western country or any other countries around the world, for that matter, as a terrorist group – not by our own government the UK or the US or the United Nations. Most commentators regard the Muslim Brotherhood as a ‘moderate’ organisation.”

In the article, Norfolk pointed out that the Muslim Brotherhood had been banned in three countries in which they are political opponents – Egypt, Saudi Arabia and UAE all of which have been condemned by groups like Amnesty International and Human Rights Watch for widespread abuses of human rights.

In a statement, Norfolk refused to acknowledge that his statements about the Muslim Brotherhood being a terrorist organisation is not supported by vast majority of the world and when pressed he also did not provide any credible evidence that MAB was a front for the Muslim Brotherhood. He also refused to comment when invited to condemn the violations of human rights in those three countries.

Directors of the EIHS were shocked by the link Norfolk had made to one of the Lee Rigby’s killers who is alleged to have attended a branch of the college in Wales. Again when challenged Norfolk refused to confirm that he had any evidence that any member of the institution or that the institution itself were aware of the Rigby killers extreme views or that the Institute was ideologically sympathetic to the killer.

Osman Usuuli, the manager of the London branch of EIHS declared, “Our College has no political agenda, we are purely an educational institution and to link us with the killers of Lee Rigby and to imply we were somehow sympathetic to his cause is totally untrue.”

Indeed, when asked Norfolk did not produce any evidence that confirmed an ideological link between EIHS and the Lee Rigby killer.

Much of Norfolk’s article replicates the information contained on the Global Muslim Brotherhood’s website which is run by a self appointed authority on the Brotherhood, Steven Merley. Norfolk quotes Merley as saying the links between Europe Trust and the Federation of Islamic Organisation in Europe were ‘extensive and undeniable’.

The General Secretary of the FIOE, Samir Falah, was happy to explain the link, but said that no attempt had been made by Norfolk to interview the Federation about its connection with Europe Trust or about its links with the Muslim Brotherhood. Falah said, “Europe Trust is one of the many organisations that is set up to help educational, training and religious organisations who are in need of funding in Europe.”

He confirmed that FIOE had helped in setting up the organisation then known as European Trust, but also confirmed that it had not received any direct or indirect funds from the charity.

Falah defended the record of the FIOE and said that its biggest achievement was the promotion of ‘moderate’ Islam throughout Europe. He confirmed that the Muslim Brotherhood were one of the many organisations with whom they cooperate on the basis of a shared view of Islam. “Our approach is to spread ‘moderate’ Islam and we have been successful in doing so. This is our greatest achievement. So why should there be any objections if we decide to collaborate with or assist groups that are legally constituted and registered in their countries of origin? All we want to do is to ensure that ‘moderate’ Islam is spread throughout the continent!”

Speaking about Norfolk’s ‘so-called’ investigation, Falah says, “Journalism is a trust and responsibility for which it is necessary to thoroughly investigate the truth without maligning or damaging the reputations of those under scrutiny. It is important to avoid reporting anything that would be discriminatory or could cause division or animosity among communities.”

Falah explained that since the inception of the FIOE, it had strived to maintain a policy of transparency and would have been willing to assist Norfolk’s investigation, but were not invited to comment.

In response to the Norfolk article and writing in the Monkey Cage publication, Julian Schwedler of City University of New York, a leading expert and author on Islamist parties in the Middle East talked about the difficulty of labeling Islamic groups. She firmly believes that the Muslim Brotherhood should be regarded as a ‘moderate’ organisation very different from Al Qaeda, ISIS or even political Salafi groups.

In her article, she wrote that academics constantly had to remind the public that “Not all Muslims are Islamists and most Islamists are ‘moderates!” Schwedler said she even had difficulty in catagorising non-violent political Salafi groups in the same bracket as the ‘moderate’ Muslim Brotherhood movement because of their different approaches to Islam. She wrote, ‘it hardly ‘feels right’ to put Salafis in the same cluster as the Muslim Brotherhood.”

Norfolk also attempted to link the Charity with those that has supported Hamas and the idea of ‘suicide’ bombings seemed also to be dismissed by Schwedler who believes, “Violence used in the context of repression or occupation might be qualitatively different from violence used to advance a radical ideological agenda. Most Muslim Brotherhood branches support Hamas but do not themselves use violence against their own governments.”

Norfolk refused to comment on whether it was appropriate to point out that Europe Trust was not funding organisations engaged in terrorism towards the end of his article, despite implying that student rent money were unknowing contributing to Islamic projects in his headline.

Chief Executive Officer of Europe Trust, Mr. Al-Rawi responded to the allegation by saying, “Do most tenants know how landlords spend their rent money? In any case, the funds that support the legitimate educational and religious projects throughout Europe are funded almost 95% by our donors. The profits from the flats constitute after deductions around 5% of donations. We only make a 20% return, in real terms, on the flats per year.”

Mr. Al-Rawi said, “Our ability to attract funds may have been damaged by Mr. Norfolk’s article, but our stated aims are clear: the advancement of Religion and in particular the Islamic religion in Europe, we establish facilities for recreation and leisure, social welfare facilities, poverty relief, advancing education, relief and prevention of the causes of mental health, we support women groups and the young. I am certain that our tenants will be very happy to know that their money is going such good charitable and humanitarian causes!”

Mr. Norfolk refused to comment on whether his article had been unfair to the organisations in question nor whether an offer an official apology to those organisations would be forthcoming.

Khalil Charles is a freelance journalist with 25 year experience.  He was a former BBC Journalist and has made investigative documentary programmes for the BBC and Channel 4. He is currently head of K.C. Media Consultancy and Middle East specialist consultant for Islam Channel TV UK.