Ramadan Reminder #16 | Bounties from the conquest of Makkah

Bounties from the conquest of Makkah

The conquest of Makkah is the day of the greatest conquest. It is the day when Muslims entered Makkah from all four corners on the 20th of Ramadan, in the eighth year after the Prophets migration (Hijrah). They entered Makkah hailing victory, their tongues praising and thanking their Lord, Who granted them the victory and success.

In a majestic scene, the Prophet, peace and blessings of Allah be upon him, enters Makkah on his camel with his head lowered in humility and humbleness before Allah, so much so that his beard almost touches the camel’s back. The scene of the victorious conqueror comes as a model and a guide against pride and egotism. He recited Surah Al-Fath (Chapter 48 of the Qur’an; The Victory) in gratitude to Allah’s favours upon him.

On the day of the conquest, the Prophet (pbuh) emphasised many great Islamic human values; when he returned the key of the Ka’ba to Uthman ibn Talha, saying: “Today is a day of righteousness and faithfulness.” And he assured the people of Makkah by pardoning those who were his enemies, saying:
“Go; you are free!”
“Today is the day of mercifulness; today is a day in which Allah has dignified Quraysh!”
“Today is a day of sanctification of the sanctities!”
And so people entered the religion of Allah in waves, and a new era with new features began.

The Prophet (pbuh) summoned the people for a khutbah (speech) to explain the honour and status of Makkah, as well as other teachings. In the khutbah, he (pbuh) said: “Allah has made Makkah sacred, and it is not permitted for anyone before me or anyone after me, except in this hour of conquering, to pluck its fruitful plants, cut its trees, hunt or scare its prey, and any found item cannot be taken except to return (it).”

It amazes me that in such an important grand predicament, on a day of a great conquest, the Prophet (pbuh) took time to explain to the Muslims the boundaries of the holy mosque of Makkah, clarifying the sanctity of cutting grass, and not even frightening the prey. The companion Ikrema, may Allah be pleased with him, said: “Do you know what (it means to) frighten the prey?” He answered: “It’s when the bird flies out from the shadows and you sit in its place.”

What elegant beauty, and what beautiful extractions we can take from the conquest of Makkah?

Indeed, it is the beautiful Islam, which perfected greatness and mercy in its meanings. It encompasses all creatures of Allah – man, plant and bird, and the Prophet (pbuh) kept reminding about them on the day of the great conquest.

O Allah, open upon our hearts to the delight of understanding Allah Almighty and His Messenger, peace be upon him… 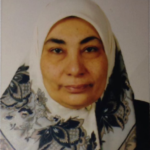