Ramadan Reminder #18 | Ramadan is a school for the Ummah

Ramadan is a school for the Ummah

Ramadan reveals the true features of the Muslim Ummah, which Allah described as “You are the best nation produced for mankind.” Among these features is that we are a divine (Rabbani)nation, which carries out all its affairs according to the prescriptions of Allah in what is permissible and what is not.

Ramadan is a perfect exemplification of this: food and drink which are permissible on normal days, are impermissible during the divinely allotted times; people are racing to do good and avoiding anything that may blemish this obligation or diminish its rewards; mosques are filled with worshippers who spend the night facing Allah, seeking His forgiveness and to be saved from the Fire; sinners repent; and those who are usually lazy and have short-comings return to the mosques and raise their palms to their Lord seeking His pleasure.

Therefore, Lordliness (Rabaniyya) is manifested in its finest form in Ramadan to affirm to the Ummah that we are dealing with a Lord and are fleeing to Him according to the Almighty saying: “So flee to Allah. Indeed, I (Prophet Muhammed) am to you from Him a clear warner.” [Qur’an 51:50]

Also among the features of Ramadan is being mindful of the constant supervision by Allah in all that we say and do: “He knows that which deceives the eyes and what the breasts conceal” [Qur’an 40:19]; “Man does not utter any word except that with him is an observer prepared (to record).” [Qur’an 50:18]

Ramadan is a school to recharge this supervision, where one is constantly mindful of Allah. So the fasting person would refrain from all that would blemish his fasting or affect its rewards: “If anyone insults him or wants to fight him, let him say, I am fasting.”

Among the features of the month is also the feeling of being special, without pride or arrogance. Ramadan awakens the sense of belonging to a nation that has no counterpart on the face of the globe; one that is characterised by goodness in all its configurations: “You enjoin what is right and forbid what is wrong and believe in Allah.” [Qur’an 3:110]

Ramadan is an example which, if applied by all nations, they would be endowed with pure happiness and profound goodness, and the provision of all reasons of happiness for all humanity, in accordance to Allah’s promise: “And if only the people of the cities had believed and feared Allah, We would have opened upon them blessings from the heaven and the earth.” [Qur’an 7:96]

Indeed, this gives Muslims the belief that what is facing mankind today of suffering can only be alleviated by the divine way of life, which characterises the Muslim nation: “Does He who created not know?” [Qur’an 67:14]

Another significant feature is that the message of this religion is not bound by any restrictions or limitations. Ramadan is a wonderful depiction of an unprecedented canvas stretching across the globe, from the east to the west; for the fasting in Canada and Brazil are like their fasting brethren in Australia and Japan, who are like their fasting brethren in the Arab world. Indeed, it is a unique canvas of the most beautiful image on the face of this planet, exemplified in its most magnificent form in the month of Ramadan.

Of the features is that the Muslim nation is one of cohesion and solidarity, towards a stable and secure society. Indeed, Ramadan is a wonderful depiction of the interaction between people and in asking about the welfare of others, as taught by our beloved Prophet (pbuh) who said: “He is not a Muslim who goes to bed satiated while his neighbour goes hungry,” and in another narration: “Be brothers and servants of Allah.”

Ramadan is a school in which the whole Ummah enters for a month every year. In it everyone renews their awareness, commitment and spirituality, bringing them back to righteousness, integrity and obedience, and reminding of the responsibility to humanity as a whole: “..that you will be witnesses over the people.” [Qur’an 2:143] 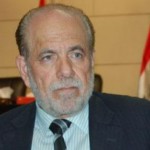