Every year, the month of Ramadan comes and goes while many remain ignorant of the meaning of this blessed month. Many do not receive it in a fitting way, and do not treat it as an essential juncture for attaining piety. Even though Allah (swt) clearly stated in the Holy Qur’an: “O you who believe, decreed upon you is fasting as it was decreed upon those before you that you may become righteous.” Further, Allah asks us to be conscience of Him in a truthful manner: “O you who believe, fear Allah as He should be feared and die not except in the state of Islam.”

Dear Brothers and Sisters,
We desperately need to continuously pursue piety, righteousness and awareness of Allah. Allah (swt) says: “And take provisions, but indeed, the best provision is fear of Allah. And fear Me, O you of understanding.” Fear of Allah is our very salvation on the day of resurrection; it is the commitment to what has been prescribed by Allah and His prophet, and to avoid what Allah and His prophet have forbidden. It is this which enlightens the way in our private and public lives, and whoever commits to it becomes loved by Allah and His messenger, and is among those mentioned in the Hadith: “And the most beloved thing with which My servant comes nearer to Me, is what I have enjoined upon him; and My servant keeps on coming closer to Me through performing Nawafil (voluntary prayers or doing extra deeds besides what is obligatory)until I love him, [so much so that] I become his hearing with which he hears, and his sight with which he sees, and his hand with which he strikes, and his legs with which he walks; and if he asks Me something, I will surely give him, and if he seeks My Protection (refuge), I will surely protect him.”

It is no secret that one of the most important elements of piety is devotion to Allah (swt) and fasting is one of the most important acts that brings about sincerity, for it is only between the servant and his Lord. The prophet (pbuh) said in what he narrates on behalf of his Lord: “All deeds of the son of Adam is for him, except fasting, it is for Me and I reward him for it. He leaves his food, drink and desire for Me.”

It also goes without saying that the fast which brings about piety, is not merely abstaining from food, drink and lustful desires – which is the overt manifestation of fasting, but does not impact or affect reality. It is fasting in faith and anticipation of Allah (swt) and fasting from all that is forbidden which might gain the displeasure of Allah (swt) and His messenger. The prophet says: “Whoever does not give up false statements (i.e. telling lies) and evil deeds and speaking bad words to others, Allah is not in need of his leaving his food and drink (fasting).”

It is important to notice that Allah (swt), as a sign of His love for his fasting servants, does not leave them to rely solely on themselves. Rather, He (swt) eases their fasting in a way that He loves and accepts. The prophet says: “On the first night of the month of Ramadan, the devils are shackled; the jinns are restrained; the gates of the Fires are shut such that no gate among them would be opened; the gates of Paradise are opened such that no gate among them would be closed; and a caller calls: ‘O seeker of the good, come near!’ and ‘O seeker of evil, stop! For there are those whom Allah frees from the Fire.’ And that is every night.” 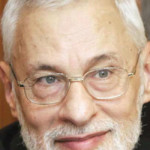 *Ustath Abu Anas, Ali Sadreddine Al-Bayanouni, was born in Aleppo, Syria in 1938. He has been part of Islamic work in his native Syria and many other countries since his youth. Ustath Abu Anas has been a resident of the UK since 2000 where he continues to lead on various important strands of Islamic political work.