Ramadan Reminder #7 | Ramadan is upon you

Ramadan is upon you…

The Prophet, peace and blessings of Allah be upon him, said:“Whoever does not give up false speech and acting upon it, Allah has no need of him giving up his food and drink.”And in another Hadith: “Fasting does not mean abstaining from food and drink only, rather it is also abstaining from lying, falsehood and idle speech.”

Al-Hafiz Abu Musa al-Madani said: “Some of the predecessors said that the lowest level of fasting is leaving food and drink,”while Jabir, may Allah be pleased with him, said, “When you fast, then let your hearing, vision and tongue fast as well from falsehood and sins, and avoid harming your neighbours. Further, you must have dignity and tranquillity on the day of your fasting. Do not make days in which you do not fast and days in which you fast as if they were the same.” 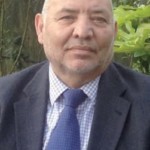 I think that MAB’s greatest achievement has been reaching to younger people and launching the REVIVE campaign and MAB Youth to enlighten and educate us about the teaching and message of Islam – helping us.