MAB Conference: Muslims and Brexit: What Next?

On the 28th of July 2016, the Muslim Association of Britain (MAB) organised a conference about the future of Muslims post-Brexit. The reason for this conference was to discuss the vision, predictions and analysis for the future.

The event was hosted by Shazia Arshad and the guests speakers were: Dr Anas Altikriti, Dr Shenaz Bunglawala, Khalil Charles, Talha Ahmad and Alaa Al-Samarrai. Each of the guest speakers presented their ten minutes analysis of what they think about Brexit and their predictions for post Brexit. This was then followed by the President of MAB, Dr Omer El-Hamdoon, who presented the vision of how Muslims should react in society. This was a message of hope and positivism for Muslims to be more engaged in society.

A similar encouragement was also heard by FOSIS representative Abdul Sami’ who spoke about the work of the Federation to in engaging Muslim students across the UK.

The ideas expressed and indeed calls for change inspired the audience to later engage in a very lively discussion where a number of questions were raised and interesting comments were made about their personal experiences and views of the topic on Muslims and Brexit. The panel answered the questions and gave their insights.

Some of the questions asked were: why was this not discussed prior the Referendum vote; questions about the media/political narrative, leadership, community participation and how the Brexit affects children.

130 people of mixed backgrounds, attended the conference, of whom a large proportion were youth. In these critical and testing periods, we urge people to gain an understanding of the implications of Brexit. Finally, we also encourage call for action, especially at the political level.

For those who missed the conference, click here to read the brochure with the views from the panel. 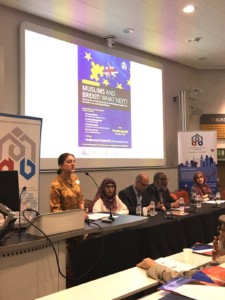 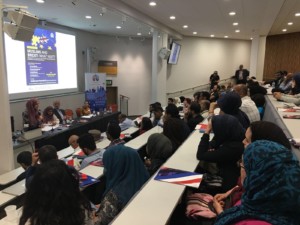 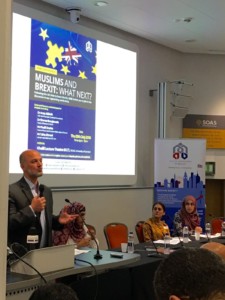 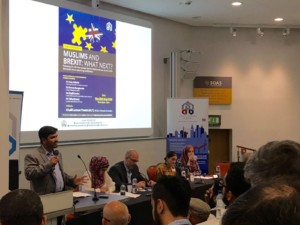