Our state of security and that of Quraish 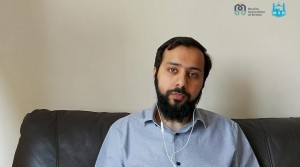 You can watch Thaqib’s reminder here

The Qur’an is a guide for the believers, as is stated in various parts of the Qur’an. Over the month of Ramadan, it is a great opportunity for us to read it and try to contemplate the verses and the Qur’anic message. A part of this is thinking about how its injunctions can apply to us in our context as well since it is a message for all of humanity, not just the people that it was directly revealed to.

Surah Al-Fil and Quraish are two short surahs in the 30th chapter (Juz’) of the Qur’an which are interlinked to each other. Some scholars even said that these two could have been considered as one surah by some of the companions of the Prophet. The Surahs have one flow of conversation between them and the meaning is very close as well.

Surah Al-Fil, literally the elephant, describes the incident of Abraha, a king who set out from Yemen with his huge army comprising of nearly 60,000 strong, including amongst them many soldiers and elephants to raze the Kaabah to the ground. The army was so huge that no Arabian tribe, including Quraish, who considered themselves the caretakers of the Kaa’bah, dared to stand in their way. As they got very close they were attacked by a huge flock of birds pelting them with explosive stones. The entire army was destroyed, and Quraish’s prestige was further increased.

Surah Quraish then starts with the phrase “Li Eelafi Quraish”, translated as “for the ease of Quraish”. The letter laam (li) can be translated as “for”. This would indicate that the incident of the elephant and the army being destroyed was one of the causes of the ease that Quraish had. What is this ease in particular though?

Quraish was an Arabian tribe that were initially nomadic in the Hijaz region, but then Qusayy Bin Kilab, one of the Prophet Muhammad’s ancestors, was able to establish them in the city of Makkah. This gave them the prestigious position of being the caretakers of the Kaa’bah, and the hosts to the pilgrims from all of the other tribes that came there for pilgrimage. The incident of the elephant then increased this respect many times over, as Allah’s supernatural defence of the Kaa’bah also made Quraish further respected. This incident happened around the same year or just before the Prophet’s birth, so when these surahs were revealed in the early Makkan period, this would have been within living memory for some of the people listening at the time.

Another possible translation of the “li”, as taken by some scholars including At-Tabari, one of the foremost tafseer scholars, stated that it is an expression of amazement. How amazing is their ease? It was unique in all of the other Arabian tribes.

The word Eelaf, which means ease, or relaxation, also refers to softness. Nouman Ali Khan mentions in one of his videos that this can refer to the fact that remembering the favours of God upon you should make your heart go soft and for you to turn to God. Other Surahs like Surah Al-Rahman in the 27th chapter (Juz’) also mention the favours of Allah as a way of reminding us to be thankful to him.

The second verse speaks about the practical manifestation of the ease, the eelaf, which Quraish enjoyed. It was the journeys of winter and summer. These were the trade journeys that had been started by Hashim, the great-grandfather of the Prophet. They would go in winter south to Yemen, where they would buy the specialities from there, the spices from other areas that had been shipped in, and then come back to Makkah, and then carry on in the summer up north to Syria, where they would again make a dual profit.

This was a very lucrative trade route, and the geopolitical situation of the time, which had resulted in them being the shortest connection between Syria and Yemen and being safe from the influence of both the Sassanid and Roman empires had meant they were in a very unique position to do this. They were also unique amongst other Arabian tribes as they were the only ones who were able to pass through other tribal areas unhindered, due to their prestige as the caretakers of the Kaa’bah.

It was also a very good time to travel, as the summer would be milder in Syria, and the winter milder in Yemen. This made many members of Quraish very wealthy. Some scholars have referred to the fact that journeys of winter are mentioned first, because winter was usually a time of hunger for other tribes, as in summer they would have plentiful crops. Quraish was, again, insulated from this as they were able to travel and trade easily and were not as dependent on one area’s agriculture or the seasons.

The third verse then says what they should do. They should worship the Lord of this House. The fourth verse explicitly refers to all of the above abundance and ease as being from the Lord of the House. “The one who provides them food to ward off hunger, and (provides them) safety to ward off fear”. None of their trade or travel and security and all of the wealth they have accumulated would have been possible without God’s help. How can they not give thanks to the Lord of the House who has provided all of this for them?

How do we apply all this to ourselves?

The reference to trade and warding off hunger is something quite applicable to us, and it is something that has been highlighted by the COVID crisis. Our lives as we know them are reliant on global trade, on travel networks, many of us have jobs managing this travel, or rely on exporting or importing things which we could not do without the global trade and travel networks. We have such an abundance of food and produce etc, that we are almost completely insulated from the seasons. No matter the time of year you can go to your local grocery store and find all manner of fruits and drink etc.

We are able to travel freely because of a global system of recognition which allows holders of passports to pass through with a simple visa, and as UK citizens, many of us don’t even need to make prior arrangements. The fact that we have peace in most of the world right now is something completely unprecedented, and the speed with which we can travel around the world is also something which would have boggled the minds of people who lived just 2-300 years ago.

All of this bounty is due to Allah, and the current lockdown shows how quickly everything could be ground to a halt. So we should all worship the Lord of all of the things that gave us all of the tools that make our life of comfort and ease and travel possible.

I want to end with the Du’a, from Surah Az-Zukhruf verse 13, which we make when we ride in a vehicle. Subhanalladhee sakhara lana haadha wa ma kunna lahu muqrineen. “Glory be to Him who has given us control over this; we could not have done it by ourselves”. In this duaa, we admit that we would never have been able to accomplish the control over the vehicles without Allah giving us that control. The vehicle itself is something to thank Allah for but also the ability to go anywhere is something to thank Allah for. Now all of our cars and planes are parked up, waiting to be allowed to go anywhere.

Thaqib Moosa is a Birmingham-based MAB(Y) volunteer. By day profession he is an engineer, by night he is an Ertugul watcher. His work within MAB(Y) is mainly focused on public speaking, technology and media work.