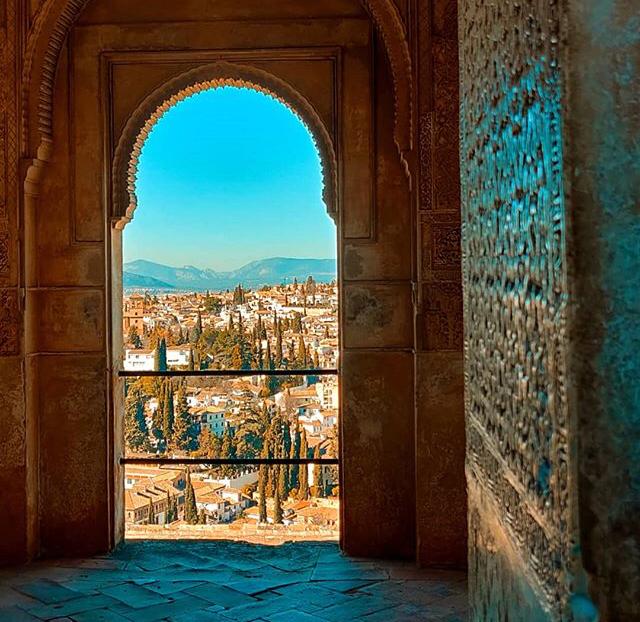 Alhamdulliah we have been blessed with another opportunity to fulfill the obligation of Ramadan.

Although we find ourselves in strange times, the lockdown should remind us of the times when the Prophet (pbuh) sought to isolate himself from his people by taking refuge in a cave. He saw this isolation as an opportunity to reflect and practice self-purification. The value and significance of this self-purification increases exponentially in these last 10 days when we are blessed with Laylatul Qadr, the night worth 1000 months. Outside of Ramadan, with every letter you recite of the Qur’an you earn 10 hasanat (good dead). For example, from the letters “Kaf, Haa, Ya, Ain, Saad” from the beginning of Surah Maryam, you would earn 50 hasanat. In the holy month of Ramadan, there is the potential for these hasanat to be multiplied as if you committed to this deed for eighty-three years. However, this reward is heavily dependent on the sincerity of the intention behind the action.

In these last ten days of Ramadan, we can begin to experience burn-out which can negatively impact the sincerity of our intentions. We started the month off by striving to complete as much Quran recitation, going above and beyond our obligatory Salah in Taraweeh and doing as much duaa as possible. However, as the days get longer and as we continue to fulfill our daily obligations, we begin to feel the strain. This effect is heightened during the difficulties brought about by the global pandemic and being in lockdown. Hence, the last ten days are the most difficult for extra Quran recitation.

The solution to this problem, is to ensure we are approaching the Quran with the correct mindset.

Many of us, particularly the youth, approach the Quran with the fixed mindset. The fixed mindset states that the struggle of reading, reciting and memorising the word of Allah means you have a deficiency and it is entirely a measure of your ability. For many of those who are not familiar with the Arabic language and who have the fixed mindset, this can lead to feelings of inadequacy, and ultimately giving up. The fixed mindset stifles any room for growth and learning because as soon as things get difficult, the temptation to give up becomes overwhelming.

There are different types of people with the fixed mindset. Firstly, there is the individual that believes their efforts should account for their excellence in their ability. Therefore, if their Qur’an recitation is weak, and thus does not account for this perceived excellence in ability, it is no longer an enjoyable practice, especially when it leads to feelings of inadequacy. Their confidence is more fragile because setbacks and even effort can undermine it. In this case, these feelings of inadequacy show how self-centered we are when we come to the Quran because we expect it to make us feel like we are adequate. The Quran actually came as a cure for this arrogance, which is often disguised as a sense of entitlement. This sense of entitlement is similar to the arrogance that triggered Iblis’ rebellion against Allah’s’ command to bow down to Adam (alayhisalam)

Secondly, there is the individual who believes that they are inherently inadequate, perhaps from the guilt of their sins, or being told that they were not good enough. Hence, any attempts to recite the Quran are rendered futile because they are fixed on their deficiencies and the impossibility of correcting them. This individual is the embodiment of the Nafs Al-lawama or “The self-reproaching soul” that Allah describes in the Quran.

Personally, back in my early youth when I was attending Arabic school, I had very low confidence in my abilities. Whenever I would see and listen to the older kids fluently reciting the Quran with excellent Tajweed, I used to feel so inadequate in my own abilities. Why should I even bother to try when I struggle to read Qul whua’al Allah Ahad? What I didn’t realise was the power and beauty of the words I was reciting because I was too focused on trying to please my teachers. Every time I would make a mistake or encounter a difficulty in my Arabic language skills, the disapproval of my teachers diminished my confidence. The opinion of others was an indicator of my true ability and I did not believe I could improve, no matter how much effort I put in. As a New York Times article points out, failure has been transformed from an action (I failed) into an identity (I am a failure) which is especially true in the fixed mindset. This is compounded by the modern age of being able to attain anything you desire at the click of a button. But achieving correct memorisation, understanding and pronunciation of the Quran cannot be attained by the click of a button. It takes hard work, continuous effort and perseverance, especially for those who struggle with Arabic. In the fixed mindset, the idea of exerting any kind of effort is seen as futile because ability is fixed and there is no capacity for growth. 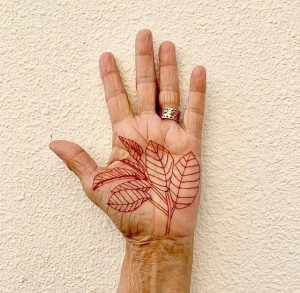 However, the growth mindset thrives on challenge and embraces the learning opportunity from exerting effort. It declares that hard work, effort and the will to improve surpasses any perceived innate ability and talent. The skill of learning the Quran is not some innate ability that you either have or don’t have, but it can be cultivated through hard work and effort. Throughout his life, the Prophet Muhammed (pbuh) never let his perceived deficiency of being unable to read and write hinder his tremendous efforts to relay the powerful message of the Quran. This is because the growth mindset is driven by the desire to learn and improve and it thrives in the face of challenge. Failure and success are no longer a measure of self-worth or intellectual ability.

If we look at the life of the Prophet Noah (alayhisalam) we can see that his approach was the complete opposite of the fixed mindset. His life is a shining example of the growth mindset. He tried for nine hundered and fifty years to persuade his people to turn to their Lord in obedience! In Surah Noah, we learn that after Allah commanded the prophet Noah “to warn thy people before there comes to them a grievous penalty” (71:1), in his haste to please Allah, Noah immediately got to work warning and giving guidance to his people. But when faced with the extreme disrespect and the arrogance of people “thrust[ing] their fingers in their ears, cover[ing] themselves up with their garments” (71:7) Noah could have easily chosen the path of least resistance and left them to their ignorance. Instead, in the face of this challenge, his growth mindset only made him more determined. Thus, he changed tactic and called to them in public as well as in secret, pleading with them to turn to Allah and his mercy. This is a valuable lesson in refusing to give up in the face of adversity and even when it seems all the odds are against us. In following the strong character of Noah, we should turn to Allah and only to Allah in difficulty. In his desire to please Allah, Noah was not discouraged by the deficiency in the results of his relentless and persistent dawah. He knew that the result is entirely up to Allah, but the effort and sincerity of his dawah was in his hands.

When it comes to learning the Quran, even when we feel burned out, when the struggle begins to grind us down and we fall into the false narrative of the fixed mindset, we should remember the beautiful story of prophet Noah. It is a powerful and profound reminder that the effort and struggle that goes into trying to read, recite and memorise the Quran matter infinitely more than the result we see in this dunya. As a matter of fact, the result we see in this dunya is nothing compared to what is coming in the Hereafter. The weight of our deeds will be so overwhelming to us on the day of judgement that any significance this dunya has will be entirely diminished.

So how do we implement the growth mindset?

Firstly, we need to reconnect with the true purpose of Ramadan. The word Ramadan comes from the Arabic root ramad, which means scorching heat. The Quran was sent down by Allah on Laylatul Qadr, a night worth a thousand months, as a relief from this scorching heat, like rain being sent down in a drought. Noah’s drought came in the form of people outright refusing to listen to him for nine hundred and fifty years, and like Laylatul Qadr, his relief came from being able to complain to Allah about his difficulties. “O my Lord! I have called to my People Night and day: But my call only increases (their) flight” (71:6). Noah knew that he could only succeed with the help and assistance of Allah. So, by reconnecting with the true purpose of Ramadan, we should make dua to Allah to help us thrive in the challenge of memorising and reconnecting with the Quran while abstaining from food. In adopting the growth mindset, we can rise to the occasion whole-heartedly like the prophet Noah with the sincere intention to please our Lord so we can get closer to Him.

Secondly, we need to build a daily habit of Quran memorisation. The Prophet Muhammed (pbuh) once said “Verily, the most beloved deeds to Allah are those that are constant, even if they are small.” This hadith teaches us that instead of trying to take on a huge task, for example, of memorising an entire Juz in a day without much prior experience of doing so, it is better to start small so that you can allow growth and improvement to happen naturally. If you are keen to memorise a whole juz, break it down into smaller chunks that you can practice and recite each day. You can begin with as little as two ayahs a day, and as this becomes a habit you can implement “habit stacking” by building it up to a whole page or a whole Surah in a day. You can also break this up throughout the day; for example, you can practice the ayah or the Surah once in the morning, once before the Dhur prayer and once before the Maghreb.

Finally, in the acceptance of the growth mindset, the Nafs Al-lawama (self-reproaching soul) becomes the soul that has been touched by Allah’s Mercy so that when it encounters the challenging guilt that comes with committing a sin or falling into disobedience, instead of focusing on blaming oneself and falling into despair, it turns to the mercy and forgiveness of Allah.

In pursuit of spiritual growth, we should hold onto the rope of Allah, no matter what sins or deficiencies we are guilty of. Truly, Allah values and loves the struggle of one who strives in his path.

Yomna Amer is currently studying a masters degree in architecture. She enjoys reading books about self improvement and after reading “Mindset” by Carol Dweck, was inspired to write this piece.

Over the past 17 years the Muslim Association of Britain (MAB) has been successful in bringing together British Muslims from diverse backgrounds to work towards common objectives and proactively participate in British society. MAB has also been at the forefront of engaging with the wider community and was particularly instrumental in working with members of the anti-war movement, civic society and human rights organisations to help raise awareness of important issues across the world. MAB provided a broad platform whereby the voices of British people could be heard and served as a stepping stone for ordinary people to make positive contributions. Alongside these activities, MAB has provided opportunities for tarbiyah (education) and networking, which has been especially beneficial for those Muslims living in some of the smaller communities around the UK.