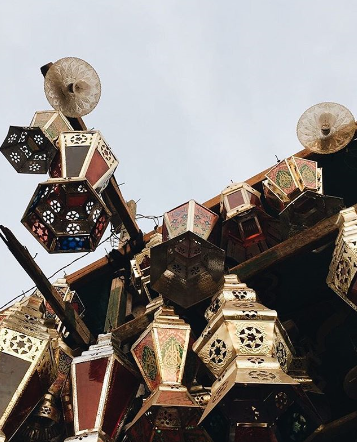 Ramadan is like the January of a new year- create resolutions, hit maximum power at the start, exhaust yourself and soon after, begin to neglect your goals. Sound familiar? You might tell yourself it’s okay, give yourself a couple of excuses and that there’s always next year. But really it is not okay, because unlike any other month, you can gain something in Ramadan that you cannot gain anywhere else.

And who said you’re going to live to see another Ramadan? This may well be your last.

A beautiful hadith that helps remind myself of the significance of Ramadan is that of the dream of Talha Bin Ubaidillah (May Allah SWT be pleased with him), a righteous companion of the Prophet (Peace Be Upon Him.) There were two people who went to the Prophet to become Muslim on the same day. One of them worked harder than the other in terms of dawah, jihad etc and had died as a martyr. The other person died a regular death a year later. Talha Bin Ubaidillah had a dream and in his dream, he saw himself. He said: ‘I was in front of the gates of Jannah and I saw those two people that became Muslim and then an angel came out of Jannah and admitted the one who died later into Jannah first. Then the angel came outside and admitted the one who was martyred in this dunya. Then the angel came for a third and last time and told me,Talha, go back, your time has not come yet.’

The next day, he started telling people about the dream. The Prophet PBUH said: ‘Talha, why are you amazed?’

Talha said: ‘’O Prophet of Allah (SWT), a Shaheed, such a high status, he goes into Jannah after the regular man who died only a year later?’’

The Prophet PBUH says: ‘Talha are you amazed?’

The Prophet PBUH said: ‘O Talha, didn’t that man who died later witness one more year than the martyr?’

SubhanAllah, the power and beauty of this month. It is vital that we make every Ramadan count, especially since it’s the month of forgiveness and a time to mend your broken soul, purify the darkness in your heart and increase your Taqwa and Iman. I understand that many of us feel like we don’t have enough time- exams, work and other commitments often leave us feeling exhausted. Some of us may not even be experiencing that ‘Ramadan feeling’ that everyone is posting on social media.

But this is your time. Your month. Your life. Your relationship with Allah SWT.

He knows how much effort you put into this month; in fact, he knows everything about you: your intentions, your heart and your emotions. So, it is important that we try. Remember, that Allah SWT loves the consistent deeds no matter how small. If you genuinely feel  overwhelmed and you don’t have time- begin small. Try and read a few pages of Qu’ran after every salah (reading four pages after/before the five daily prayers will allow you to complete the Qu’ran in a month), put on an Islamic podcast on the way to work, make istaghfar everywhere you go, listen to the Qu’ran when you feel like you cannot read and make plentiful of du’aa. Just push yourself for the sake of the Allah SWT- you will not know what you can do until you try.

To finish things off, I would like to remind you that Sahl ibn Sa’d (R.A) reported that the Prophet (PBUH) said: ‘’There is a gate to Paradise that is called Al-Rayyan. On the day of resurrection, it will say ‘Where are those who fasted?’ When the last (one) has passed through the gate, it will belocked.’’ Al-Bukhari 1896.

May we be of those that enter Jannah through the gate of Al-Rayyan.

Khowla Oun is pharmacist. She sits on the MABY Projects team and is a keen writer, photographer & videographer.