After the #ParisShootings – no to the Islamophobic backlash across Europe!
From Ferguson to London #BlackLivesMatter!

We say:
– No to scapegoating immigrants
– No to Islamophobia
– No to anti-Semitism
– Yes to diversity – migrant are welcome here!

As we approach what is set to be the most racist General Election campaign in British history, Stand Up To Racism is calling this national demonstration to demand an end to racist scapegoating of immigrants. The demonstration takes place on UN Anti-Racism Day – 21 March. 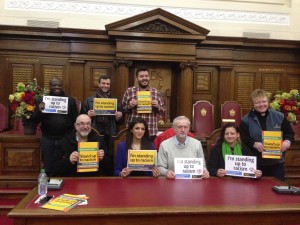 STAND UP TO RACISM IN EUROPE!

In the wake of the horrific murders in Paris a wave of Islamophobia is sweeping Europe. In France Mosques and prayer halls have been violently attacked with guns and grenades, whilst the hashtag #KillAllMuslims has trended on social media worldwide.

In Britain, David Cameron has often been leading the charge against migrants and Muslims whilst Nigel Farage’s UKIP has been whipping up bigotry.

In Germany the racist and fascist Pegida movement has organised large racist and Islamophobic street demonstrations, supported by far right and fascist political parties. In Greece the openly Neo Nazi Golden Dawn has presented a threat electorally and on the streets. Jobbik is a similar movement in Hungary. 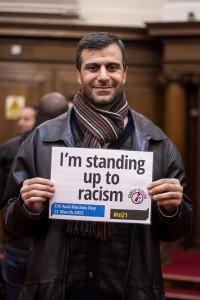 Cambridge – leaves 10 am from Queens Rd, The Backs – rosey@repeatfanzine.co.uk