Who Speaks for British Muslims? – Is there a crisis of leadership? 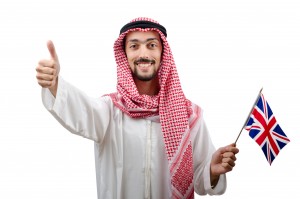 Is it right that one group of Muslims should claim to understand Islam better than another group? Who has the authority to speak on behalf of Islam and to represent 3.5 million Muslims in this country? Traditionally that answer would be that the authority of leadership rested in the hands of the most knowledgeable people about Islam i.e. the Islamic scholars. However, over the years many Imams have been imported from different parts of the world and have been found to be out of touch with the day-to-day reality of life in the UK.

Post 9/11, a new breed of imams have emerged in the UK, new Islamic organisations and new Islamic personalities. Many of whom have no formal qualifications in Islamic sciences, but have mass followers on social media accounts and have a personal message or a passion built on the idea that the Islamic message needs to be presented in a more palatable manner to the mainstream. Some of the new Islamic leaders disturbed by incidences of global terrorism and homegrown jihadi ideologies have sought to redefine Islam and to present a softer polished version. There is also the idea that out of the difficulties could develop a newly defined essentially British Muslim Islamic perspective.

Already some of the mainstream media and some parts of government have been quick to support these personalities and groups with millions of taxpayer’s money and has attempted to label conservative Islam as the seed towards radicalisation, extremism and eventually towards violence jihadism. Those new voices of British Islam do not view the establishment as a problem, but rather it is critical of the Muslim voice and attitude of Muslims who cling to the idea that a 7th century Arab movement is still relevance in today’s modern Britain or who wish to conscientiously hang on to all of the traditional tenets of Islam.

However, like traditional scholars (Arabic: ulema) in Islam of the yesteryears who became close to governments, the new Imams run the risk of becoming state representatives putting forward only the ideas that the state approves of. The current situation to some extent bears striking similarities with the Iberian Peninsula and the Spanish Inquisition. During that period all kinds of new rulings came into place as none of the scholars were prepared to follow classical jurisprudence (fiqh) rulings for fear of being ostracized or even killed.

Ironically, although in some quarters there is a strong desire for a united leadership in the UK, with a uniformed understanding of Islam in this country, which would be helpful in sidestepping the call for Muslims to condemn terrorist actions, one of the strength of a decentralized Islamic authority is that the scholars are able to represent the ordinary Muslims against the deprivations and abuses of the state. Imam Malik, the great jurisprudence scholar, was asked whether he wanted to make his book, Al Muwatta, the law of the land, his refusal may have been seen as a sign on his magnanimity but he was also aware of the dangers of making the statutory laws with one interpretation to the exclusion of others or indeed the danger of being seen as acquiescing to the whim of the ruler.

The recent Panorama programme (12.1.2015) appeared to group a new range of Imams, including an inspired female, as the new leadership forging a new understanding of British Islam. In part, that leadership is a response to the media inquisition that periodically descends on the Muslim community in Britain after major terrorist events and in part its attempt by the media to present those putting forward the Islam that they would prefer to deal with – one less threatening or confusing to understand.

That closeness to the rulers may be advantageous if they have the undivided attention of the government and are prepared to defend the rights of the Muslims to secure protection from victimization. If that were the case then perhaps the bulk of Muslims would fall into line behind these new Imams. Such representations might begin by firmly objecting to the new anti-terror laws, which aims to curtail the freedom of speech and movement of Muslims. It might also protect the rights of committed Muslim ‘conservatives’ from being described as ‘extremists’.

Therefore, does the current situation for British Muslims represent a crisis in leadership? Ironically, despite the disquiet and the unease that some Muslims and others might feel, there is much positivity coming out of the community. The fragmented and decentralized leadership has not been an impediment to the existence of over 2,500 mosques and Muslim organisations in the UK. Many are crowded and in some cases overflowing and continued to propagate Islam bringing new followers into the fold daily. For many there is no such crisis and no need for a unified leadership because decentralization preserves the interest and focus of the variety of Islamic groups and interests that exist in the UK today.